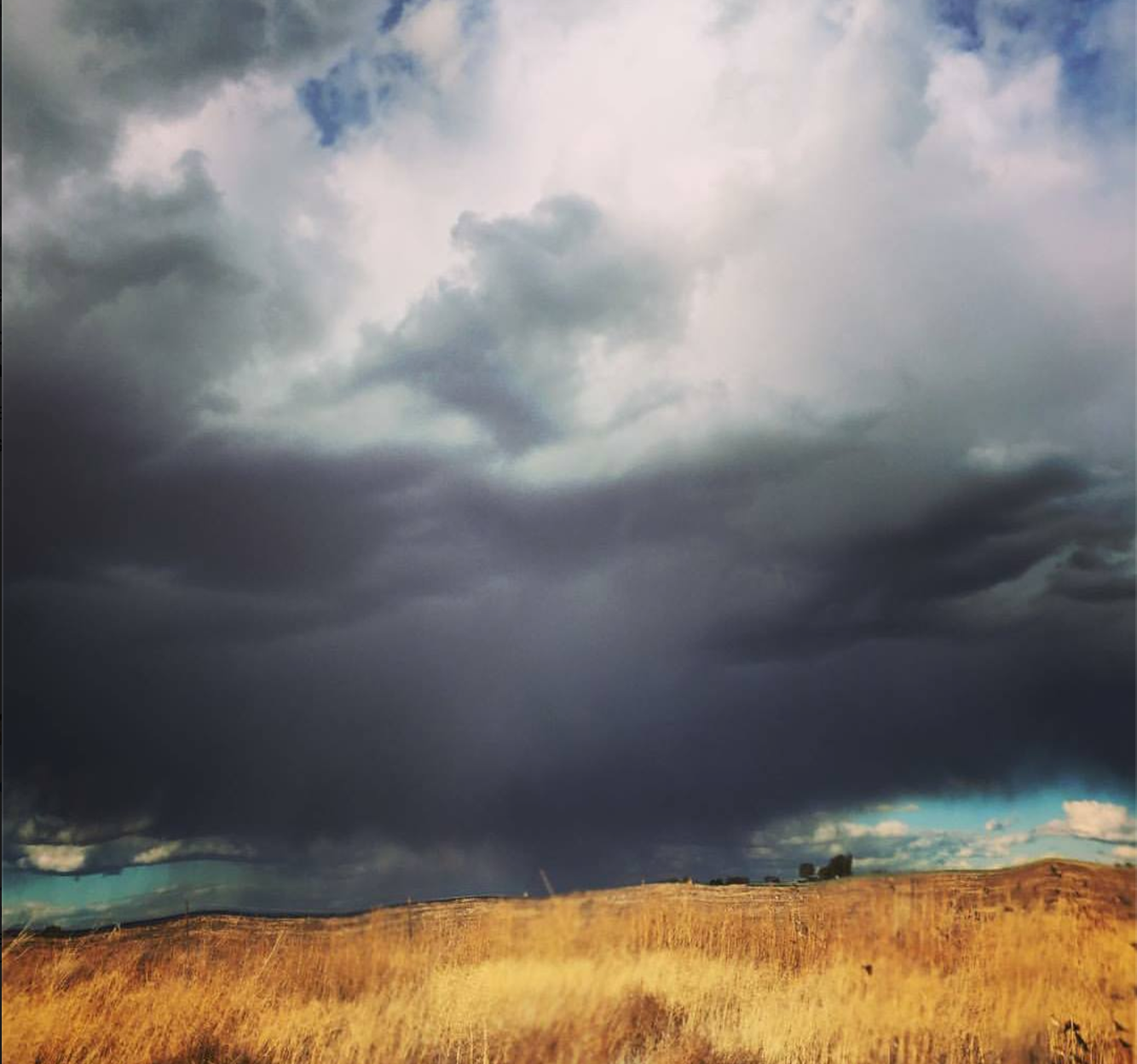 When you learn to recognize the voice of fear, you can create the life you want to live by discerning whether you are fearing a future that hasn’t happened yet or whether you are in real, life-threatening danger.

Recently Mary and her husband had a challenging decision to make.

For years they wanted to open a second bakery in the San Francisco area but never had the right space in the right location.

As successful entrepreneurs and bakery owners for the past 21 years, they wanted to expand to another neighborhood.

In addition to helping run the bakery, Mary is also the founder of SF Launch and her strength is in helping food artisans look at their bottom line to help make their food business profitable.

In preparing for the decision to expand, Mary did what she does best – she ran the numbers to gather data to help she and her husband make a solid business decision.

They created a budget together for what it would cost to build out the new bakery site with a full projection of sales, plus customer count and check averages.  Then she estimated expenses at the current bakery.

Yet she would wake up in the middle of the night seized with fear and anxiety.

The voice in her head was screaming at her “you’re going to make a mistake” and “you’ll run out of money.”

Mary and I worked together to look at what her fear was trying to tell her.  It was trying to keep her safe but it was stressing her out due to lack of sleep, and if she had listened to it, it would keep her playing small.

I suggested that Mary name her inner critic — that repetitive, negative voice in her head that was scaring her about expanding their business.

“Suzi screams at me hysterically like a screaming banchee.  She waves her arms and runs around in a panic. Suzi says things like “You’re going to ruin everything! What are you thinking? This will never work!”

Giving her inner critic a name allowed Mary to externalize the voice in the head and not act on it.

When Mary could identify that Suzi Banchee was in the house, she would notice, breath and work with Suzi to let her know it would all be ok and that she (Mary) was in charge of making the decisions.

Mary was then able to discern the voice of her inner wisdom, which was telling her that this expansion would be successful.  After all she had done careful planning, number crunching and has a strong business support team to help her make business decisions.

In fact each time she began to step into the calm and think about the expansion, she was excited and had a “knowing” that this venture would be successful.

I asked Mary to tell me what the fearful thoughts were that scared her so we could “out” the fears.

“We’re going to run out of money.”

“We won’t be able to hire the right people.”

We worked together to question her biggest fear – the one that had the biggest emotional hold on her, which was “we’re going to run out of money.”

We did The Work of Byron Katie (inquiry) on this fearful thought.

I asked Mary whether she believed the thought was true – “we’re going to run out of money.”  Because she had heard it several times, she said yes.

I asked her how she reacted emotionally and physically when she believed that thought.

Mary said she felt anxious and her breathing was shallow and her throat and chest felt constricted.

I asked her to imagine herself in the same situation — about the open a new bakery — without that thought.

Mary said she’d feel proud, motivated, energized without the fear. There would be no self-doubt.  She would be taking action and moving forward.

Then I asked her to look at that same thought from different points of view.

We questioned the opposite of that statement – “we aren’t going to run out of money.”  I asked her to find three specific pieces of evidence as to how the opposite thought could be truer than her fear.

Then we turned it around another way to “money is going to run out of me,” which meant to her that this new venture would be profitable (she would be showered with profits).

She found three specific statements as evidence for how this version of that same fear turned around to “money” was the truest statement of all.

This work and all that Mary has been doing to make a business case for expansion has allowed her to “work” with Suzi Banchee when she comes to visit.

Mary knows that Suzi is there to try to keep her safe but in fact if she let Suzi make decisions, the new bakery would not open.

The good news is that the minute Mary and her husband signed the lease on the new bakery space, there was a shift in anxiety — it went away.

Mary said, “I’m still nervous yet oh my gosh we’re going to open another bakery – I’m excited!” It’s go time! We’ve been preparing for this for a long time.”

Listen to what fear wants to tell you but don’t make decisions from a place of fear.

This is the power of working with your fear instead of letting it drive your decisions.

How to work with fear:

This is how you scare yourself.  It’s as if your mind is watching a frightening movie and yet your body doesn’t know if it’s a real threat or imagined.

Every time you step into fear of the future, your body will react to the fear as if it’s real.

Breathe and notice if you’re scaring yourself unnecessarily.

2. Get specific and write down exactly what your fear is telling you.

Is there something that the fear wants you to do or to know in order to be safe?

Make a promise to yourself that you’ll do your due diligence to make a decision or to work it out on paper.  Often writing down your fears on paper is the best way to learn what the fear wants you to know.  It’s trying to protect you from loss, rejection, shame etc.

Your subconscious mind is always working behind the scenes to keep you safe.

3. Name your inner critic – the negative, repetitive voice in your head that is scaring you.
Your inner critic is an old voice – a collection of critical voices from school, parents, peers, media and society.

Make the name a “negative Nellie” and don’t judge your critic – observe it, notice it and breathe.

You want to name it so you can externalize it and see it for what it is – an old voice that is not relevant today.

It’s trying to protect you yet if you listen you won’t follow your big dreams – you will play small.

Mary said, “I would have thought that Suzy Banshee knew better than me … even though I have 21 years of proven experience.

This weird voice in my head said she knew better.  I was prepared to believe her.  Maybe that is a technique for dealing with her … to realize that she is just some “random crazy person” who doesn’t know what I know ….”

Most people do not know that they are NOT the voice in the head.

That is the ego talking – the language center in your left brain that neuroscientists call “the narrator” and the “storyteller.”

The ego wants to remain in power so if you believe everything your thoughts tell you, then you are unconscious to your thoughts and you will most likely believe them.

Mary said that if she hadn’t done the work, she would have thought Suzy Banshee was the voice of reason and believed that she was right. She would have listened to her as if Suzi knew better – as if she knew something that Mary didn’t know.

This is the most important thing I have learned in my life – I am not the voice in the head.

You must learn to discern the voice of your inner critic (negative, repetitive thoughts) and your higher Self (your soul – the intuition).

Check out my 3-part audio program called Get Unstuck: Why you procrastinate, over think, and under earn and how to end the struggle.  The second audio is all about the inner critic and you’ll be able to monitor and observe your thoughts and be more conscious of what you think after the program.

If you liked this article, please share it with your friends or share it on social media.

If you want more actionable tips and trainings each week, sign up for more at sheroldbarr.com

How to tame your inner critic

Facing fear is a victory for your soul

Sherold Barr is an absolutely delightful human being, a seasoned businesswoman, and a natural coach who can you change your life any which way you want. She has a laser focus on the issues that matter while still maintaining a sense of joy and fun. After 20 years working with companies all over the world, Sherold fears nothing and can handle anything. If you want an extraordinary coach to boost you into an extraordinary life, hire Sherold.